Skip Navigation
Home > About Us > Board of Directors

Mikelyn Sumner
Board President
Mikelyn Smith Sumner has been actively involved at Central Private School and began serving on the Board of Directors in 2018. She is currently serving as Board President.  As an alumni member of CP (1991 graduate), she is honored and excited to be a part of the Central Private family.  She and her husband, Jeff, have three children attending Central Private School, Carter (Class of 2025), Kate (Class of 2027), and Christian (Class of 2028).  She is a graduate of Northwestern State University and Northeast Louisiana University (ULM) School of Pharmacy.  She is also a graduate of the University of Mississippi where she obtained her Doctorate of Pharmacy degree.  Dedicated to helping others, she is employed as a pharmacist at Dry’s Healthmart Pharmacy in Zachary.  She is an active member of Galilee Baptist Church where she enjoys volunteering her time on various activities and committees.

Travis Gomez
Board Vice-President
Travis Gomez was born and raised in Central and graduated from Central High School in 2005. He served in the Navy as an Aviation Structural Mechanic. After returning home from service he enrolled in Southeastern Louisiana University to study business administration. Travis is the owner and operator of Hydro Clean Soft washing a roof and exterior cleaning company.
Travis met his wife Melanie in the spring of 2012 and were married in the fall of 2014. Melanie and Travis have two children at Central Private (Class of 2024), Michael and Anna Claire, who are twins. Travis enjoys watching Michael and Anna Claire play sports and can be found at the ballpark on most weekends.

Aaron Armand
Board Treasurer
Aaron Armand has been engaged with the CPS Board of Directors in different capacities since the devastating flood of 2016 and currently serves as treasurer.
Aaron has been married to his wife Brandi, a 1995 CPS graduate, since 1999, and are the parents of Amelia (CPS Class of 2025) and Aubrey (CPS Class of 2031).  Their family’s involvement with CPS dates back to its founding and he continues the legacy of servant leadership.
Aaron is a member of Sandy Creek Baptist Church in Pride where he enjoys volunteering his time in various capacities.
Professionally, Aaron comes from a background of working for the state’s largest media outlet, The Advocate, where he served as Vice President of Circulation.  In 2016, Aaron left his career of 17 years at The Advocate to pursue opportunities in sales and leadership at LCR- The Plumbing Warehouse.  In 2019 he joined the team at Trade Construction within the Project Management office.
Aaron’s hobbies include golf, fishing, and service to others.

Brennan Easley
Board Member
Brennan Easley is a CP graduate (Class of 1991) and has been active on the CPS School Board since 2011. He is currently serving as a member of the Board. He is dedicated to the success and growth of Central Private. Brennan received his engineering degree from Louisiana Tech University and his Executive MBA from LSU. He serves on the Louisiana Tech Foundation Board and is an avid Bulldog fan. He is the owner/president of Trade Construction Company.  He is involved in the City of Central and serves on the City of Central Economic Development Committee.  Brennan is married to Rhonda Colvin Easley and they have three children attending Central Private, Clay (Class of 2022), Bennet (Class of 2023), and Katelyn (Class of 2024). 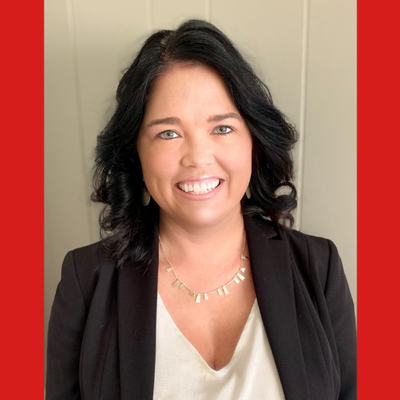 Melissa Landry
Board Member
Melissa Landry is a graduate of Louisiana State University with a Bachelor of Science degree in Nutrition and Dietetics in 2003.  She completed her Graduate Dietetic Internship from Southern University in 2004 and became a Licensed Registered  Dietitian.  She has fulfilled multiple roles as a dietitian and currently is employed at Lane Regional Medical Center as the Nutritional Service Director since 2006.  Melissa is married to Jason Landry, and they have two children.  Zoie and Zacc Landry are both attending Central Private in the Class of 2022.  Melissa enjoys activities with her family and attending Journey Church in Greenwell Springs, LA.

Ashley Dunham Hunt was born and raised in Central attending Central Private from kindergarten to graduation in 2001. She is married to Adam Hunt, who is also a CP alumnus c/o 2002. They have 3 children, daughters Ada and Avery, and son, Alec. All three children attend Central Private's elementary program.

Ashley has worked in the oil and gas industry for over 16 years living in Texas and Alaska before returning to her hometown of Central, LA. She currently leads the new business development operations for Clariant Oil Services.

Ashley and Adam are volunteer t-ball coaches for the past 3 years, attend Journey church, and in their spare time enjoy camping at different campgrounds across the region.

David Peterson joined the Central Private School family in 2017, when he and his wife, Carolee (married in 2001) enrolled their 4 boys at the school (Cale – C/O 2024, Briggs – C/O 2026, Wyatt - C/O 2029, and Shaw – C/O 2031.) He has lived in central the majority of his life, since moving here as a child in 1980. He is a 1995 graduate of Scotlandville Magnet High School, a 2002 graduate of Nicholls State University and obtained his Master of Science in Healthcare Management from the University of New Orleans, in 2004. The Peterson’s have been actively involved with the school since day 1, helping coach the peewee/peanut football teams, and serving on the Central Private athletic committee.

He has worked in the healthcare and healthcare IT industry for over 20 years, and is employed with UnitedHealth Group. The Peterson family has a heart for serving others. They attend The Way Church in Denham Springs, where David has served as an interim youth pastor, and currently serves as the missions pastor.